Kyle Johnson and I spent a beautiful two days skiing in the Entiat Range which is an area that has really inspired me this spring. During a trip a few weeks back I stood at the top of the North Face of Mt. Maude expecting to peer over the edge and feel immense fear but instead found the line less intimidating than expected. With the east side receiving much less precipitation these past weeks and some warmer temperatures this seemed to be a good window to give this line a go.

The approach to Leroy Basin was very pleasant with all the creek crossings easily negotiable earlier in the morning (we chose to walk straight through the creeks on our return). Consistent snow started around 5.6k and we were lucky to find a small dry patch to set up camp. On our first day we climbed to the summit of 7FJ to get eyes on the North Face. The final 400-500 feet to the summit was snow free and made us wish we had brought approach shoes. The view of the North Face from 7FJ really made us question our plans for the following day. We found it quite intimidating. The skiing down the SW face of 7FJ was great. There is a nice couloir lookers   left of the face that we booted up afterwards which provided nice turns as well. This would be a great run earlier in the season when there is continuous skiing from the summit to couloir (looks like Jens just about nailed this).

The climb up Maude the following day went quickly and we wisely brought our approach shoes this time as the final 1000 feet of climbing is snow free. We reached the top of the North Face at 11:30 and after an assessment of the upper pitch dropped in. The upper half of the face skied incredibly well. The lower half/traversing section was very wet and involved tedious flushing of mank over the cliffs below. We decided to exit via Ice Lakes due to how mushy the east facing  snow up to the Maude/7FJ col would be. Currently the “death cornice” is still quite large and looming over the route and is an objective hazard that was definitely on our mind during the descent. 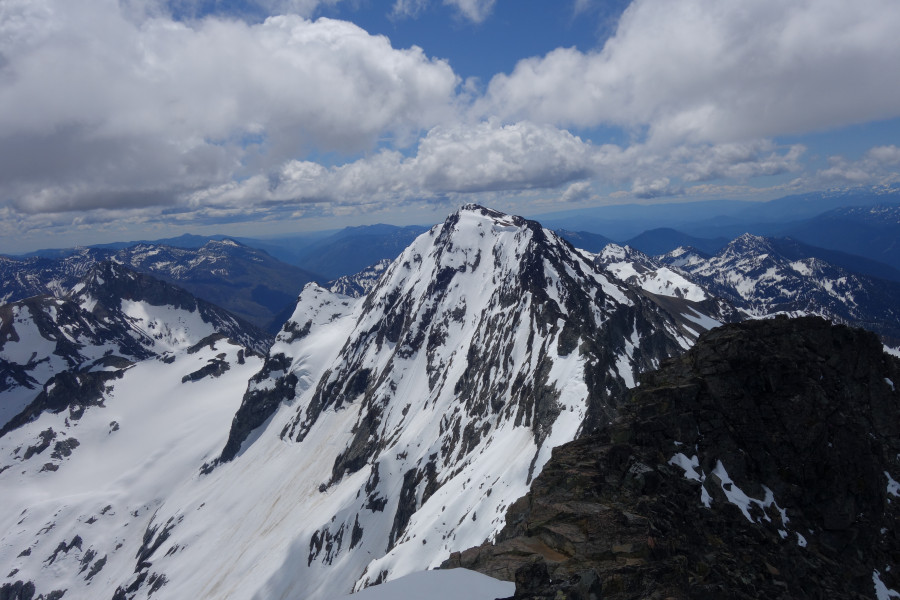 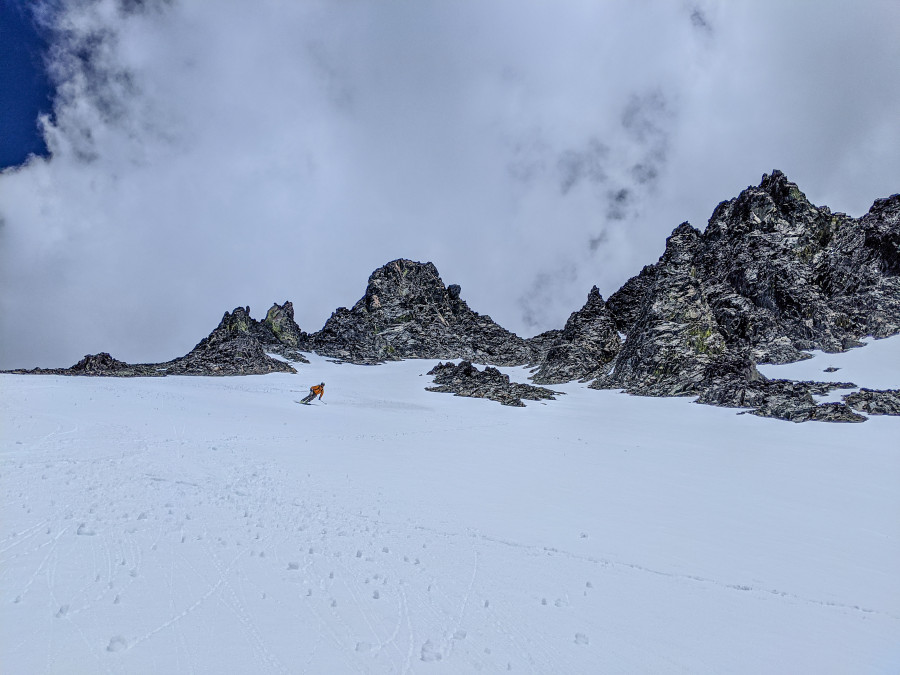 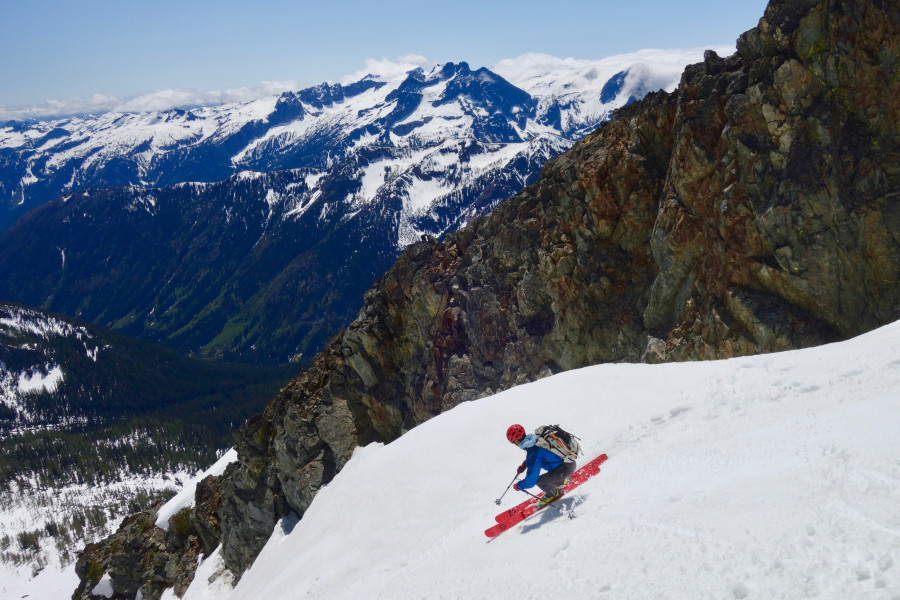 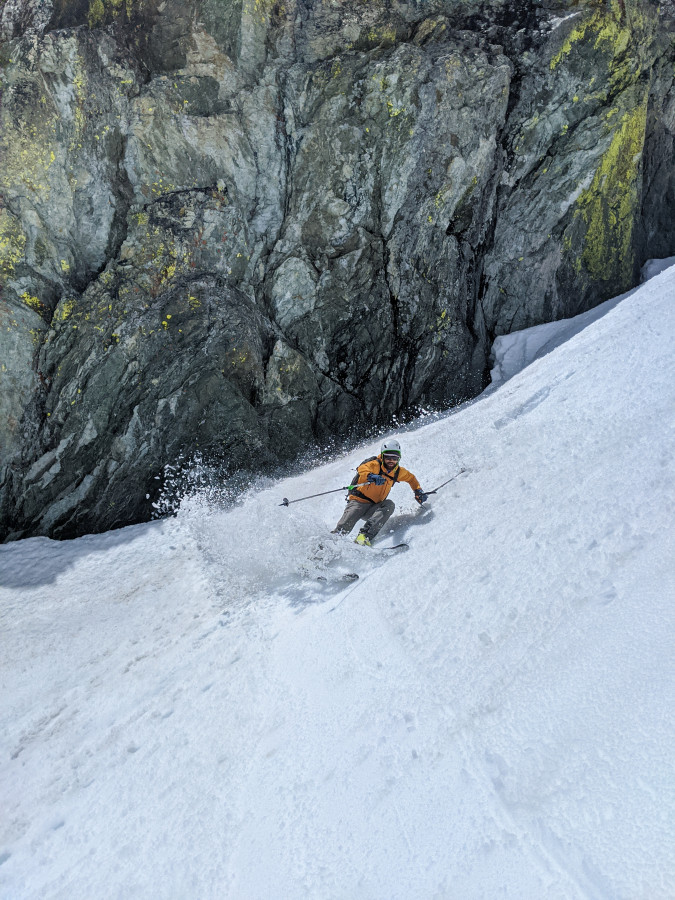 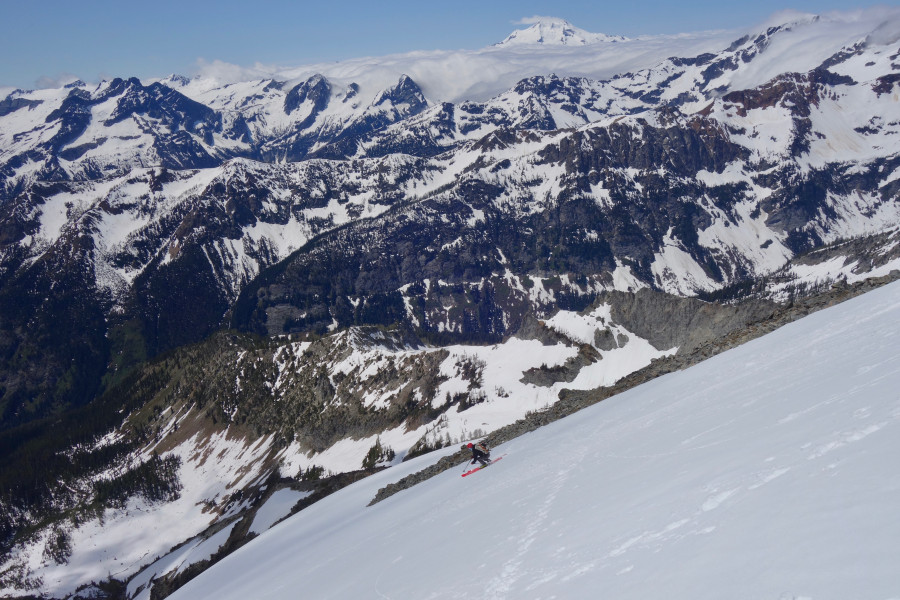 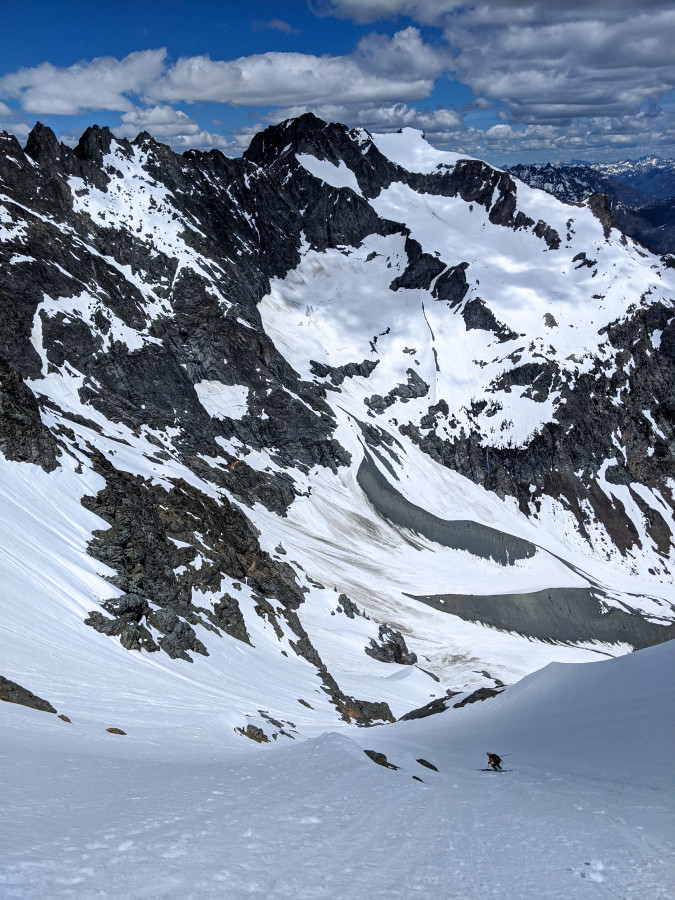 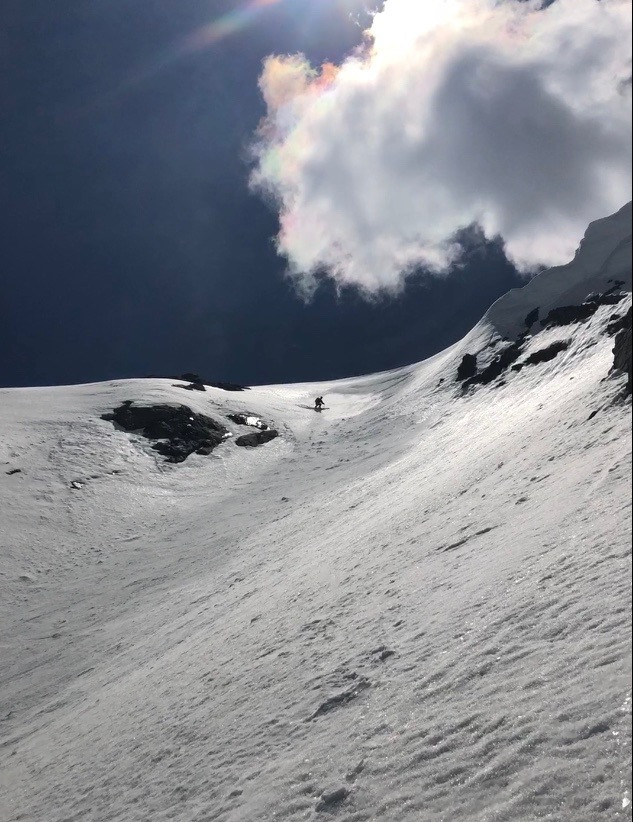 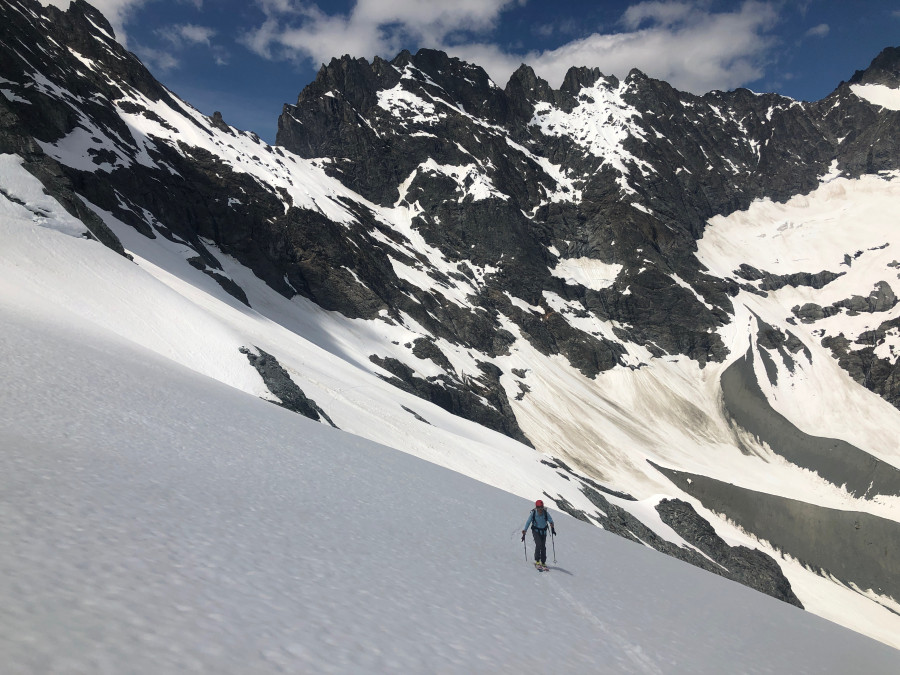 Thanks for the invite duder, great to get out with ya! Thanks for snaggin some pics too 🤙 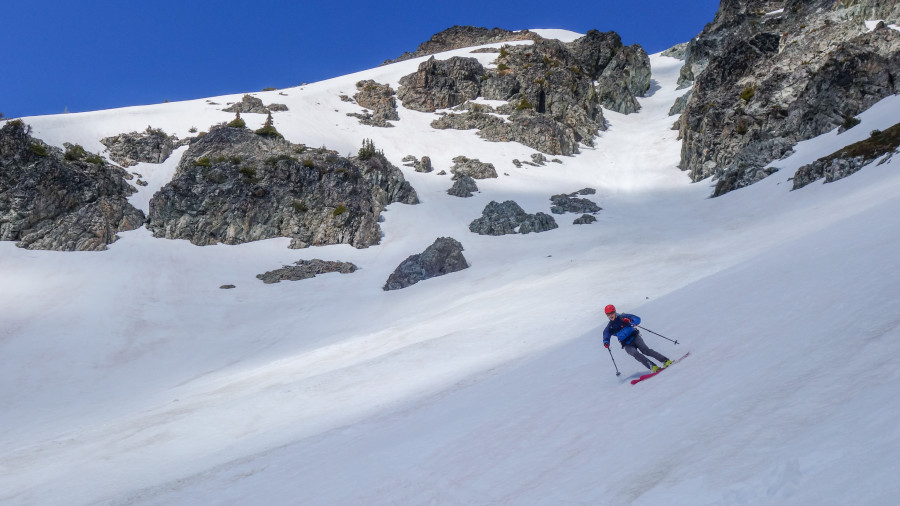