6/28/19
US elsewhere
505
0
Posted by voyageur on 7/1/19 5:48am
Driving home after a week-long mtb trip, my buddy Denis and I decided to make the minor detour to check out Shasta. Having not done any research beforehand, we decided to take the tourist route up Avalanche Gulch. We camped on a spur road just before the main parking lot at Bunny Flat and got moving around 8 am. Continuous snow started after about ½ mile but was still frozen and quite terrible, so we hiked until around 8k where skinning started to become bearable.

The snow below 9.5k or so was really strange, I don't know if runneled would be the correct description, more like rounded penitentes with small runnels; I'd never seen anything like it before. In any case it was annoying to skin while still frozen, and did not promise a fun ski. 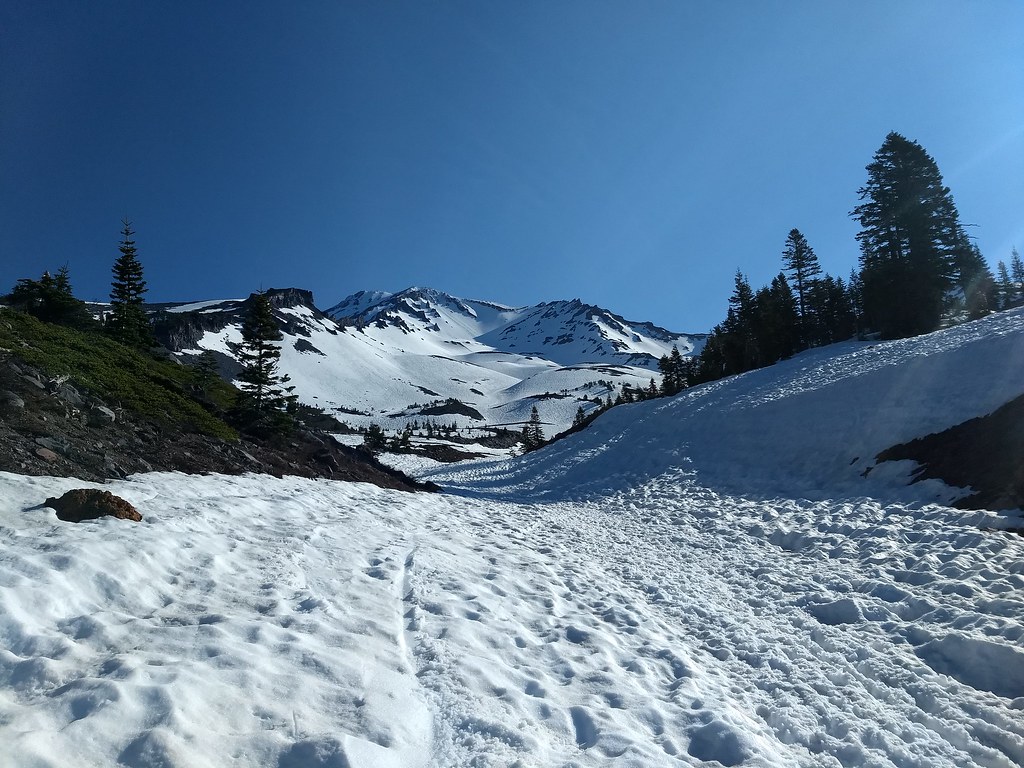 Frozen crap, but not yet to the weird penitentes/runnels combo...

It was Denis' first time skiing a volcano and despite not having crampons nor a backpack that could carry skis, we made it work by employing some creative solutions. We made the summit around 3pm, and skied frozen windblown snow down to around 12300' before it softened up and became rippable. Below 9k the weird penitentes/runnels were now skiable with attention paid to avoid the bigger gaps and ACL damage. We were able to ski down to around ¼ mile from the trailhead by following a creek drainage skier's left of the gulch. Relaxing in the parking lot was an interesting experience with tourists and climbers mingling to the soundtrack of single-note drone meditation (not sure if this is the correct term – sounded like a muted car horn going off continuously, though not as shrill).

The drive north that evening was the first time I'd seen Shasta in the daylight from a distance – beautiful! I could have gazed it for hours, but mere seconds was more appropriate given I was driving. I will be back! 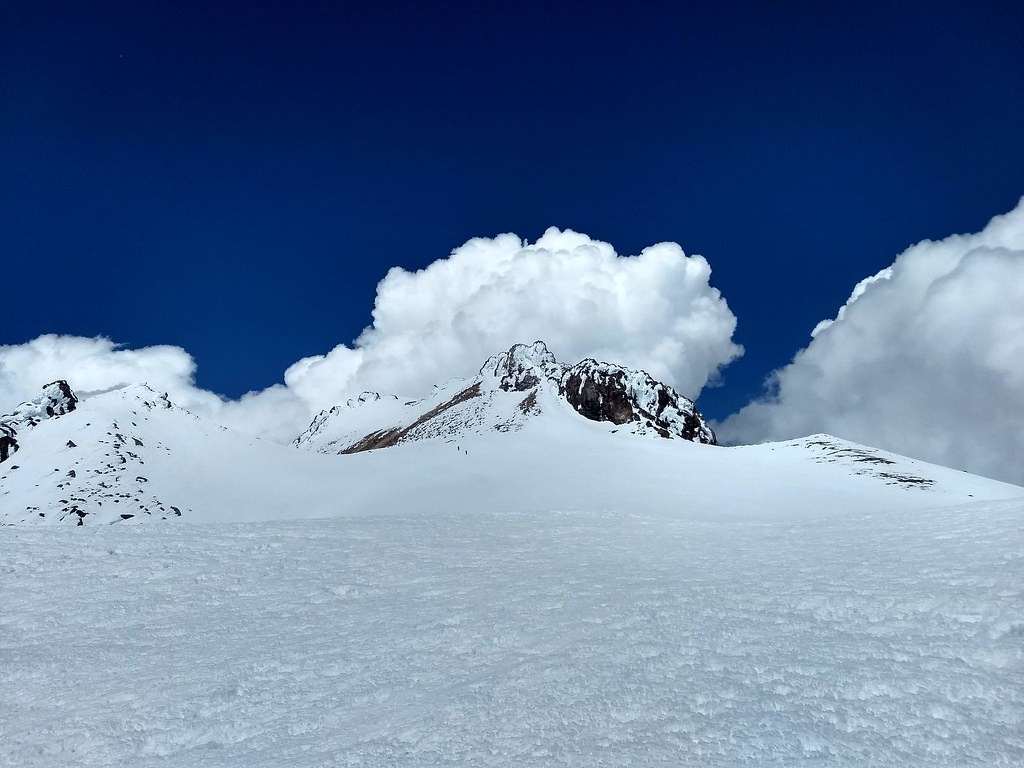 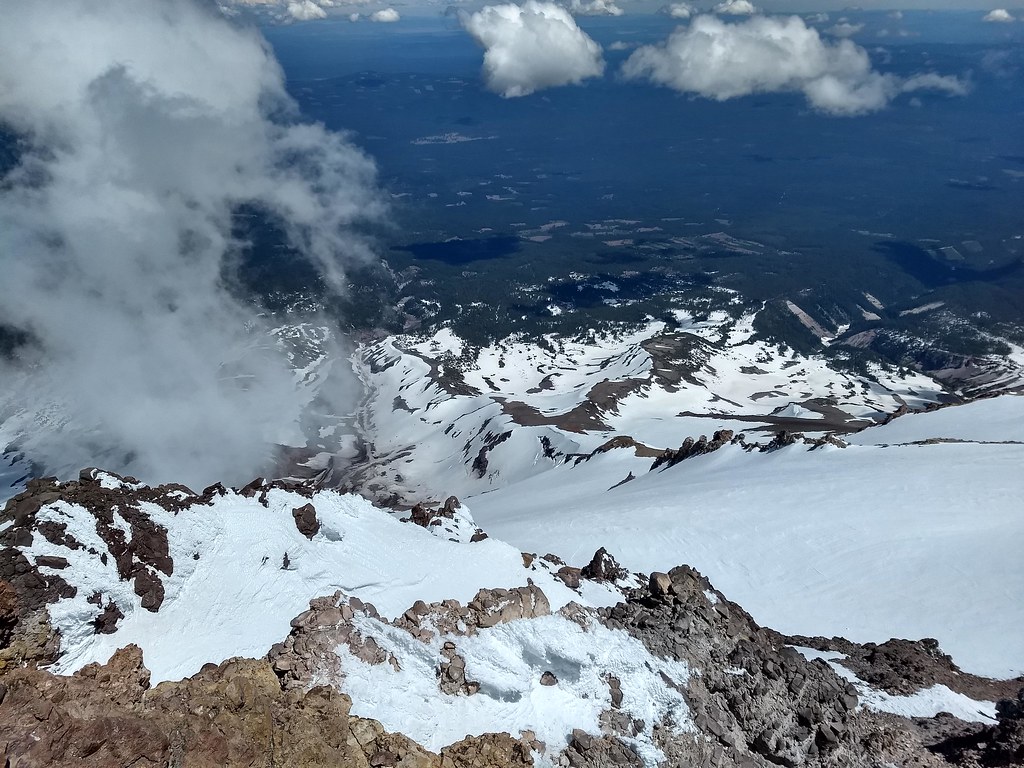 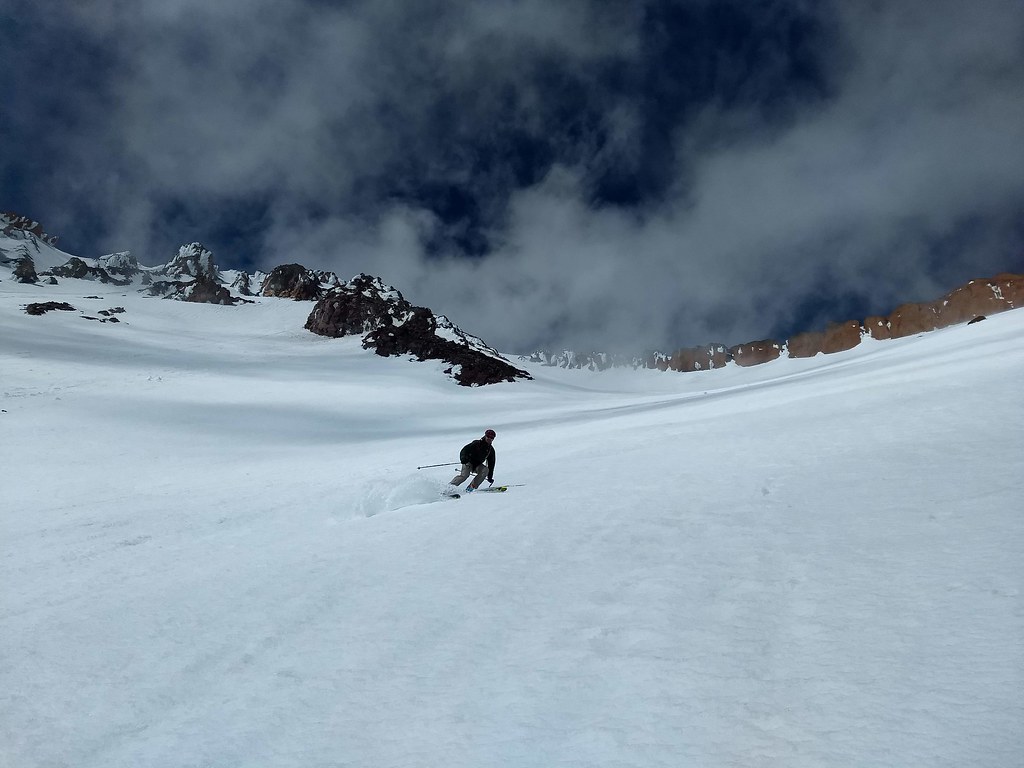 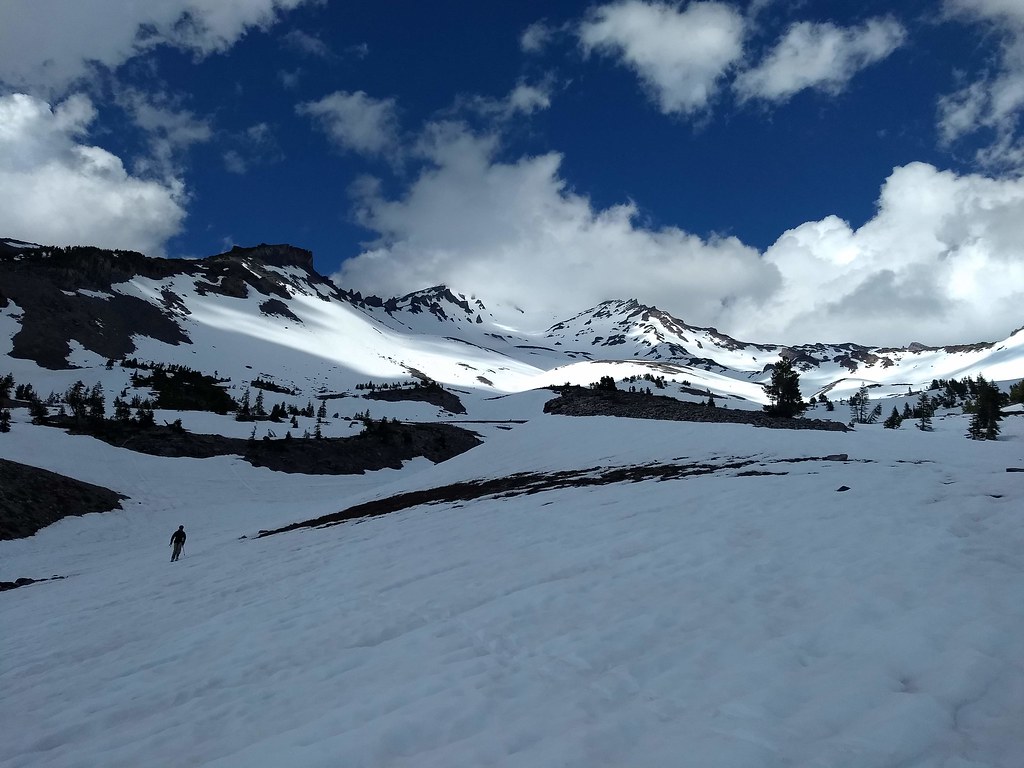