9/24/22
WA Cascades West Slopes South (Mt Rainier)
739
4
Posted by Andreea G. on 9/25/22 6:33pm
"In the sunlight, snow melts, crystals evaporate into a steam, into nothing. In the firelight, vapors dance and vanish. In the core of a volcano, fragile things burst and disappear." - Ray Bradbury
Starting off with a quote from the Martian Chronicles because this side of Mt. Tahoma (Rainier) makes me feel like I’m exploring Mars—yet better. In this spirit of exploration, Bryan and I saved our turns til the end of the month to check out the North Face of Observation Rock, encountering very few people on our journey (and a big bear).
We temporarily changed our mottos from “fast and light” to “fast and heavy” and brought skis and ice climbing gear to practice some easy leading. But with the field of choss between the Flett Glacier and Observation Rock, our motto became “heavy but fun."
We cycled between doubt, hope, and delusion on this approach. On first glance, the North Face looked like a mess. There was snow on the top 100 or so feet, but the rest of it looked like dirt or rock with maybe a thin covering of ice. We would need to apply a TAY mindset to climbing.
The ice was actually okay up close. We planned our route while dodging raining rocks: a straight line between the farthest rock band on climber’s right and a smaller band near the middle of the wall. Do not climb on the far left side unless you bring rescue gear for rock avalanches. ;-)
Given the ice conditions (thin and watery near the base, then plastic, then solid, then snow) and encroaching sunlight, we decided to solo the thing... still carrying the 70m rope and full set of screws. After the dirt/ice/snow wall, we walked up the chossy trail and finished up with the class 2 scramble to the summit.
Overall, it was a pretty fun and easy climb, with epic views. It'll probably get better in October with more freeze/thaw cycles and precipitation.
Then of course, we reunited with our skis (we’d left them in the choss field before Observation) and got our turns. It was a little late in the afternoon, so the snow was beginning to firm up. We got something like hard corn near the top of the Flett, then the type of stuff that makes my non-TAY friends say, “that’s why I stop skiing in July.”
And then… we found a mini-pond skim! And firm-but-skiable snow leading up to it. There's no better way to close out summer and welcome in fall.
We couldn't stop stopping on our walk out. The sun set early, lighting up the mountain and the fields of green and reddening grasses flanking it. Seattlelites pay big money to see this type of view from a distance, yet we passed a big brown bear who got to see it up close, rent free.
It's been an honor watching the seasons change on Mount Tahoma, from last summer to now. We often think of exploration as seeing an entirely new place, but to me, it feels more special exploring the same place from different angles, seeing it change as we change ourselves. 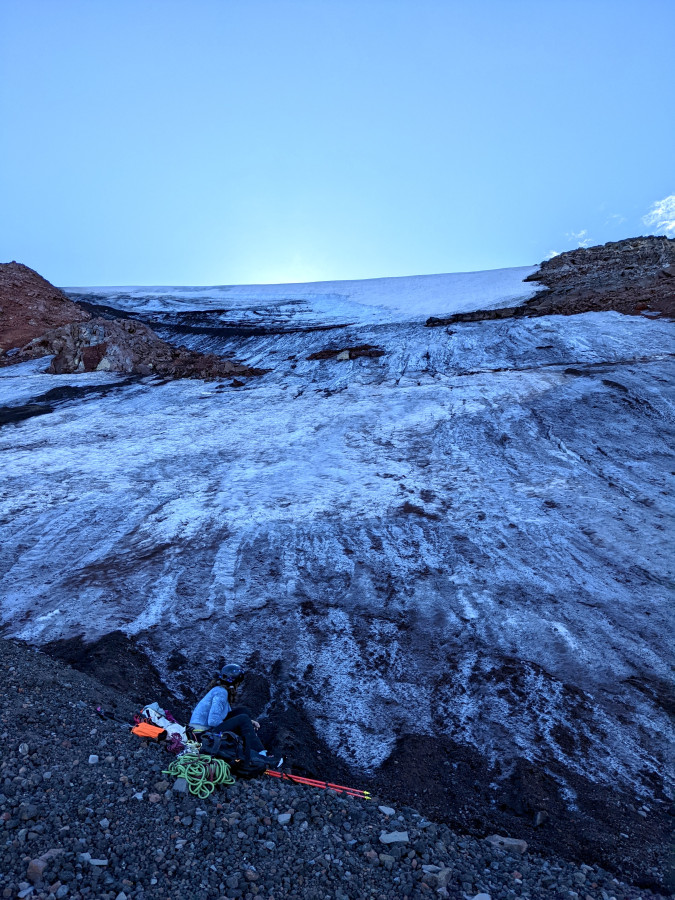 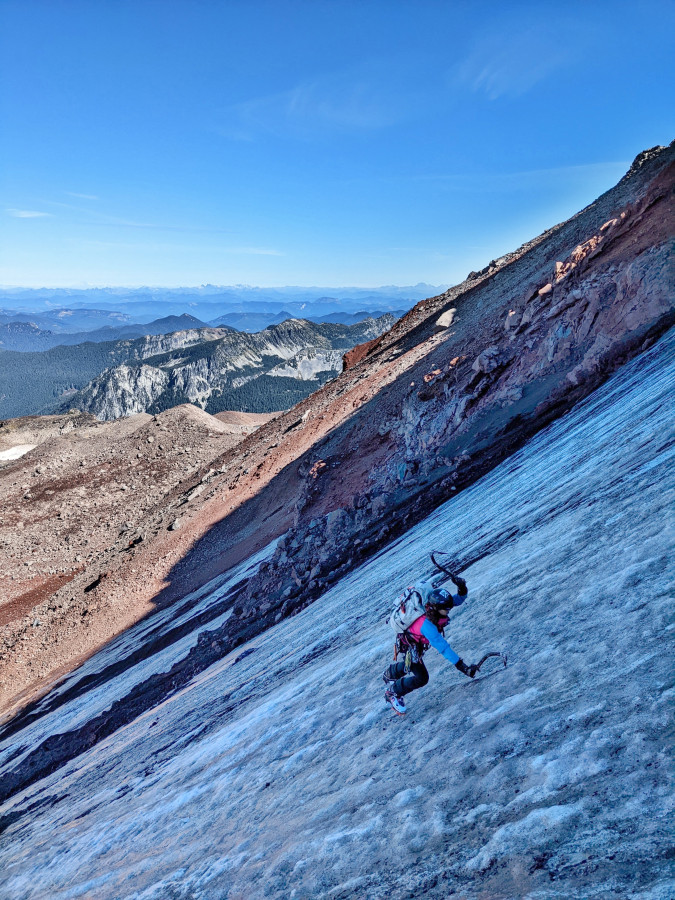 Lower Flett and Echo Rock in the Background

A well-written trip report plus the photos and video tells the story.😃

Very nice! What a gorgeous part of the park to do a 3500 v.f. half marathon! Those look like absolutely bone-rattling conditions!

"We often think of exploration as seeing an entirely new place, but to me, it feels more special exploring the same place from different angles, seeing it change as we change ourselves."

Great TR. I've been drawn to this idea as well. No shortage of ways to experience that mountain.